Cash Out or Be Out of Cash?

Bank Bail-in Incoming: Cash Out or Be Out of Cash? | https://www.themorganreport.com

Why Wealth Preservation is Important Now More Than Ever

As most can recall, in 2008, banks — the ones deemed “too big to fail” — were supported by one of the largest government bailouts in world history. Expect to see another banking crisis soon, but this time, it’ll be different.

There won’t be bailouts this time because that option is now off the table. Back in 2018, the lawmakers behind Dodd-Frank assured taxpayers that they wouldn’t be the ones footing the bill if a banking crisis was to occur again. But here’s the catch: while bailouts aren’t an option anymore, taxpayers will still be footing this bill.

That is because this time around, bail-ins will be the new tool of choice for financial watchdogs, as they attempt to avert a financial crisis that is not only inevitable but imminent. 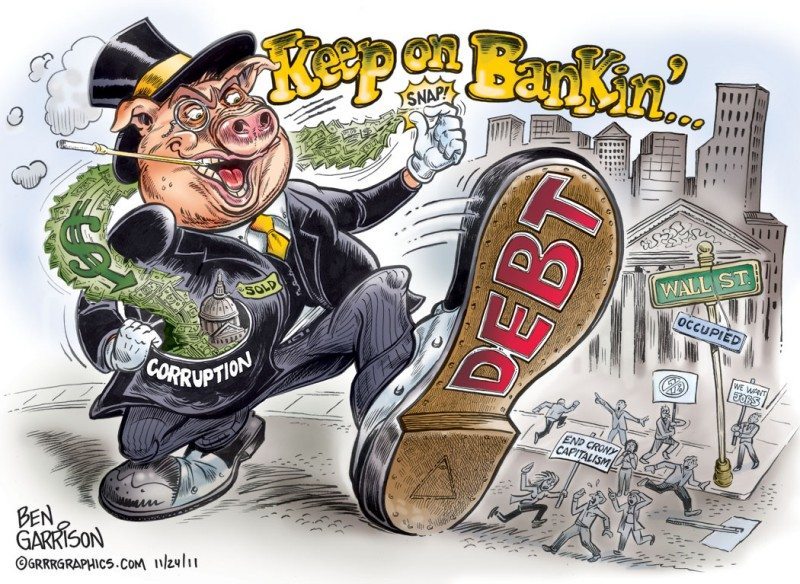 For context: a bail-in is the cancelation of bank debts owed to depositors and creditors. In essence, what this means is that banks have the legal right to take your hard-earned money. And, they have this legal right because most of us have signed away these rights long ago.

The fact of the matter is that the majority of the United States population has willfully entrusted banks with their wealth, without ever reading the fine print. Because if they did, they would realize that they are entirely unsecured creditors to the bank. And, while that might not have mattered to people in the past, it will when they begin to understand the magnitude of the incoming financial crisis.

Now, this brings us back to the ownership theory of money, an idea I have discussed at great lengths in the past: if you can’t touch it, you don’t own it. Let’s apply that to the fiat money system.

Money today is generally being stored in one of two ways— 1) traditional privately-held money, like cash, gold, and silver, and 2) the digital form of cryptocurrency. To be clear, almost all “money” held by the banking system is already in digital form. What many in the Western cultures do not realize is how many people worldwide are unbanked, out of the banking system altogether.

Owning cash and hard assets is necessary for numerous reasons, including the risk of electronic failures and internet blackouts, cyber-attacks, bank closures, and of course bail-ins. It is always important for individuals to protect their wealth and prepare for the worst possible scenario, but in this economic climate, it is critical.

The straw that breaks the camel’s back here is the amount of currency being digitally printed by governments, even as inflation continues to rise to unprecedented levels. The recent news from the Fed saw the estimate of average inflation climbing this year to 4.2% from 3.4%, signaling that inflation is something U.S. citizens will just have to get used to.

While the U.S. dollar still remains the world’s strongest and most trusted currency, the collective trust and confidence in its value are beginning to falter. And, when financial watchdogs recognize that it is a real problem and need to re instill confidence in the American banking consumer, a bail-in will likely follow.

The masses are waking up

The truth is becoming clearer to the world every day. It is not feasible to continue to print ourselves wealthy to avoid the fact that there is something drastically wrong with the financial system, and there is a real need for change.

The stock market continues to see massive gains, all while the United States population experiences a horrible unemployment crisis, with people struggling to secure basic necessities.

Gold has had a compounded annual growth rate of 10% per year from the year 2000 to the present day. Clearly displaying gold’s function as an effective wealth preservation tool for the past twenty years. As for silver it has not kept up with gold, yet it has an annual compounded growth rate of about 9%, not too bad for a metal that is so unloved.

If the gold price is to reach $10,000, it’ll be a direct consequence of the demise of the current financial system. Meanwhile, with silver, it’s a different story: it’s more volatile, and it’s a much smaller market. But that’s a good thing, at least for silver stackers, because in the event of an explosion in the gold price, silver will follow course even faster as people rush to protect their wealth.

These were only some of the thoughts I shared when I joined Daniela Cambone of Stansberry Research to discuss the looming financial crisis. You can watch the full episode here.

Let My Passion Create Your Wealth.

I’ve Been Helping My Subscribers Weather the Current Economic Mess. Now I Invite You to Join My Growing Circle of Successful Investors.

The Morgan Report is all about YOU and how you can build and preserve Wealth for generations to come. We know it can sometimes seem a daunting task to protect your assets and preserve or grow your wealth. Over 15 years ago, a small group of us started The Morgan Report and formed an exclusive membership organization to promote personal freedom, an honest money system, free market wealth accumulation, and asset protection.

Through our publication, The Morgan Report, we provide you with ways to achieve greater financial security and wealth in all sorts of environments.

Learn more and become an insider for The Morgan Report, click link below…

Because there is a 100% failure rate of ALL fiat money throughout history, you will learn what to do by obtaining your Free Report. Just enter your first name, your primary email address and click the Get Special Report button below.

“To teach and empower people to understand the benefits of an honest monetary system.”

Today’s monetary system is based upon a lie. The lie is that you can get something for nothing, or perhaps more simply stated, wealth can be printed. History has shown throughout 5000 years that whenever a country has tried to maintain this illusion (lie), failure has been the result. We invite you to learn more about what The Morgan Report can do for you. Click on the Learn More About The Morgan Report button now!

Learn More About The Morgan Report *

Cash Out or Be Out of Cash? News

Cash Out or Be Out of Cash? Resources